Interview with Asad Shan on Screenwriting 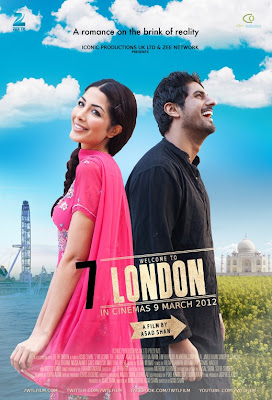 I remember meeting up with Asad Shan. He's a really down-to-earth guy with a plethora of knowledge on film-making and screenwriting. His advice is so valuable and I think any aspiring screenwriter can benefit from his wisdom and experience.
Asad Shan's profile is extensive. He is founder of Iconic Productions, which encourages new talent in the film world, host of ZING’s Brits' Bollywood, face of Zee Network and most recently, Screenwriter/Director/Actor (yes, all three) on '7:Welcome to London' an Iconic Production.
R: How do you do it all? I mean, the role of screenwriter, director and actor certainly do fall harmoniously within the world of movie-making, but for you to have all three of these roles together for ONE film! How were you able to distinguish between these roles?
A: Actually, there were four roles as I also co-wrote the script... nothing like a control freak –jokes apart I think being a methodical person I was able to separate all four roles – once the story had been written the producer side of me made sure the money was raised and budgeted for. I think the hardest was the Director role and the actor role because being a perfectionist, the director in me always found the right balance in the actor, where actors can be greedy. I believe the UK Film industry and UK Asians are supremely talented and we have a big market here; they just need to work with the right team and well … you will see the results.
R: You have worked very hard on this film and it seems like you had a fantastic crew! What inspired you to come up with a story like '7: Welcome to London?'
A: The story of '7 Welcome to London' is about all of us. The people around me inspired this film. I knew that one should always feel connected to the emotions around one's self and that’s what the story of '7 Welcome to London' is all about. It will connect with 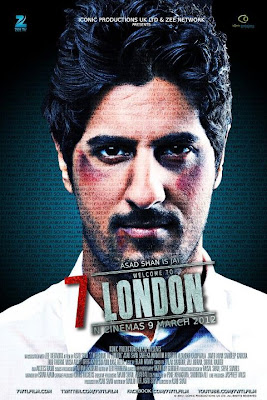 your emotions and once you leave the cinema, I promise you that you will be talking about it for a long time.
R: What do you hope that the viewers will take away from this film, to release 9th of March?
A: Basically if you want a guaranteed entertainer that is a super fast-paced romantic thriller slick British thriller, (Read Guy Ritchie) yet retains the Desi feel (Read Karan Johar) then '7 Welcome to London' fits the bill. It is a must-see for the whole family.
R: Was it difficult to choose the cast?
A: We were blessed to have a fantastic bunch of actors in our film. Aliakbar Campwala is from Mumbai and plays the Rajinikanth loving Goldie. Tim Hibberd is an established theatre actor and he will blow your mind away with his performance as ACE. You have Rob Thorne (Sky Sports Betfair), Musa Ahmet (The Infidel) and loads more talented individuals. My beautiful leading lady is Sabeeka Imam who is UK’s number one Asian female model and was featured in most of the biggest fashion campaigns. Chris Dickens is a legend, one of my favourite editors in the world. He edited films like 'Hot Fuzz,' 'Shaun of the Dead' and 'Slumdog Millionaire' for which he won an Oscar. Having him on board as a consultant producer and supervising editor was my ace card and I knew I was in safe (read Oscar) hands.
R: What genre/subgenre would you place this film in (ie. Action, Romance, Suspense....) and why?
A: It's everything and more – see... '7:...' has something for everyone in the family, action and suspense for the boys, and a thrilling romance for the girls.
R: Could you describe the feeling of watching your words come-to-life on screen?
A: Well, let's put it this way.... I had a box of tissues close-by. I went through a range of emotions whilst watching the film. There was a certain glow within and a real sense of achievement, but I guess the most important feeling of pride came when I saw my mum's face when she saw the first rough cut.
R:What inspirational and technical (pitching producers/agents) advice do you have for aspiring screenwriters?
A: Screenwriters need to have a two-minute pitch ready where they can verbally sell their script alongside a final draft copy ready. Make sure you register your film and story. Be confident and be ready to be criticised as you are the one who went up to them so do not take it personally. More importantly, if you know you have a good film, then make sure its in good hands.
Posted by Unknown at 03:27